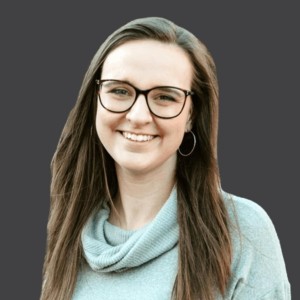 Ever wonder what the Google results in boxes are? They are called featured snippets and are very beneficial for a website’s search engine optimization, or SEO. If you want to learn about different types of featured snippets, continue reading. We are going to share the history of them, how they affect SEO, and more.

What Is a Featured Snippet?

Featured snippets are the small pieces of information listed in a block at the top of Google search results pages meant to answer a person’s query quickly. These snippets are “above the fold,” meaning they are visible without needing to scroll down. Information included in a featured snippet is pulled by Google from its index of pages.

There are several types of features snippets including:

Which type of snippet displayed for searchers is determined by Google to create an easy search experience. Next, we will review what these different types look like in search results and explain what types of queries are best for each one.

Paragraph snippets are essentially exactly what they sound like. They are answers to search queries in the form of a paragraph. They look like the results in the image below.

These paragraph snippets tend to appear for queries that have complicated answers such as scientific-based questions and queries starting with “who is,” “what is,” “why is/does,” and “how to/does.”

The numbered list is typically used for displaying the steps for how to do something such as results for queries about recipes. Here is an example of a numbered list snippet for the query, “steps for changing a diaper.” As you can see, a numbered list of steps is populated from a guide from verywellfamily.com’s blog. Then, users can either click the “More items” anchor text or the meta title of the page itself to be led to the full list of steps on the blog.

You will commonly see numbered lists for queries such as “how do I” or “how to,” and for recipes or DIY projects.

Bulleted lists are the other kind of list-style featured snippet that Google uses. These are used for unordered lists that don’t require number rankings or step labels. You will often see bulleted list snippets for queries such as “best first cars” in the image below. Bulleted list snippets are regularly used for “best of” lists, “top X” lists, and other featured lists on blog posts.

Table snippets are used to display featured snippet information in an organized data table like the one below. We searched the query “us to uk shoe size,” and a shoe size conversion table appeared at the top of the results page.

What’s neat about this type of featured snippet is that Google can pull information from a website and create its own table –– meaning a table doesn’t need to be present on a page for it to get this featured snippet.

Table snippets are seen for lists, data, rates, pricing, and more. They are an increasingly popular Google featured snippet.

Video snippets on Google often come from YouTube. Google can show a suggested clip of a video or even take text snippets from videos and display them as a paragraph. Here is an example of a video snippet on Google search results. As you can see, Google features a suggested clip of this hairdresser’s guide to cutting curtain bangs.

They would appear before pages listed in search results with the answer to a query. However, they didn’t cite the source of the information in a very obvious way which annoyed webmasters because they felt Google was trying to decrease click through rate (CTR).

In January 2020, Google began removing the featured snippet’s source page from the top ranking results. So instead of a website being featured in both a snippet and in page one search results, it is only featured one time. This deduplication process allows pages only one opportunity to be on page one of search results.

This has left some webmasters wondering if optimizing for a featured snippet is worth it. We think it’s still worth your time. Read on to learn why.

The biggest SEO implication of securing a featured snippet is that your page is highlighted at the very top of the search engine results page, or SERP, which increases visibility. It stands out in the feature box which encourages users to click on the page if they want to learn more. Many argue that having a featured snippet is even better than being ranked in position one.

Think about it. Would you rather be at the top of the page or a little further down? It’s a no-brainer that being the first thing users see is something worth shooting for. It’s reported by Ben Goodsell from SearchEngineLand.com, that the CTR of a page with a featured snippet rose from 2% to 8%. That resulted in a 677% organic traffic revenue increase! How’s that for powerful?

Secondly, users are likely to see your page as an authority on the subject they are searching because Google displays information from your page in an eye-catching manner. Seeing that Google decided to share your page as the most relevant answer to a query gives the impression of authority. HTTP vs HTTPS: Implications for SEO What is SEO Click-Through-Rate (CTR) & What Should It Be? How to Make Websites Mobile-Friendly for Better SEO