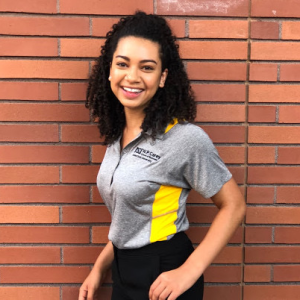 If you’re in the SaaS space, you know the competition for market share is fierce. While the demand for SaaS is increasing, so is the number of options available to consumers.

So it’s no surprise that 89% of SaaS companies indicate new customer acquisition as a top growth priority.

If you’re part of the overwhelming majority of companies looking to increase sign-ups, your marketing strategy can’t be run-of-the-mill.

Marketing an intangible product requires an out-of-the-box approach. The cases below are great examples of SaaS companies who avoided mundane campaigns and saw real results.

These brilliant marketing ideas are inspirational and offer lessons that you can apply to your unique company.

What makes a brand more approachable than its ability to poke fun at itself? After an audio commercial aired a mispronunciation of the company’s name (MailKimp), MailChimp decided to roll with it.

The email marketing software service created fake brands that all sounded similar to MailChimp, but were hilariously off base. The “Did You Mean MailChimp?” campaign received lots of attention, laughs, and shares across social media platforms. It also played on the curiosity of people who viewed the ads.

The funny URLs in the commercials, such as kalelimp.com, directed users to a landing page that revealed very little about the mysterious brand behind this massive campaign. But by clicking the learn more button, users were directed to the actual MailChimp site.

The ad agency responsible for this campaign shared just how impactful the stunt was.

MailChimp earned over 900 million impressions by highlighting a mistake that most companies would have swept under the rug.

Already a MailChimp fan? Us too! Here are 10 ways to boost email performance with MailChimp.

There are plenty of examples of SaaS companies that offer free trials. But once a user signs up for one, a company can’t assume they will convert.

Let’s take a look at how one B2B SaaS company goes beyond the free trial offer to focus on customer activation.

Aritic is a full-stack automation platform built for B2B companies. The company openly welcomes businesses to try out the platform at no cost.

Once a user is in the trial stage, Aritic launches a carefully planned strategy. The SaaS company developed an automated email series to connect with users at different stages of the trial period.

The email campaign is tailored to the actions (or inaction) of the user. The emails suggest new areas of the service to use, continually pushing the trial user to engage with the platform. The driving focus behind this is to encourage the user to become more and more familiar with the service while it is still free to use.

The user begins to see the benefits of Aritic and gradually gets used to how the platform operates. This greatly increases the chances of converting into a paying customer.

Another brilliant part of this strategy is that Aritic used its software to create the email flow. When they share this strategy with readers of the Aritic blog, they highlight the Aritic PinPoint feature that allowed them to create an effective email campaign.

You’ve probably heard of Dropbox before. Maybe you read about the storage platform’s higher than expected earnings in its first quarter. Or maybe a friend told you about the platform and invited you to sign up.

For a large number of Dropbox users, the second scenario is relatable. It’s no surprise. And Dropbox’s shockingly simple campaign is now one of the most well-known examples of a referral program gone right.

At first, Dropbox founder Drew Houston was trying traditional landing pages and other marketing tactics to increase users on the platform. Then he realized that people were not searching for storage platforms.

Here’s a slide from a presentation he wrote about Dropbox’s marketing. Drew found that most current users of Dropbox were coming to the platform after hearing about it from another individual. Thus, the Dropbox referral program was born.

A key aspect of this program is the two-sided nature. Both the user who refers and the new user who joins get extra storage space for free. Another brilliant aspect is the placement of the referral page.

At the last stage of the sign-up process, users land on this page. They are welcome to skip it and continue to their new account. But who would pass up free storage, especially when it is so easy to obtain?

To say the program is effective would be an understatement. Drew Houston shared that sign-ups increased by 60% in light of the referral program.

Attracting new customers is just one aim of SaaS marketing. Retaining current customers is not only a less expensive endeavor but can also lead to higher profits.

A study by Net Promoter founder Frederick Reichheld found that a 5% increase in customer retention rates boosts profits by 25% to 95%. One company that understands the value of strengthening customer relationships is Wistia.

Wistia is a video marketing software that allows users to customize every aspect of their video content. The hosting platform also offers engagement tracking, analytics, and video optimization.

In a survey by ZenDesk, 67% of respondents noted that they prefer self-service over speaking to a company representative. The Learning Center on Wistia is a self-service platform chock full of informational videos and blog posts. The topics cover every stage of the creation process. Wistia covers acting, animation, camera technique, DIY video, editing, and more in the center. With this resource, Wisitia is encouraging and equipping users to invest more in video production.

This benefits Wisita as users become more involved and committed to video marketing for their business. But it also is a huge benefit to their customers who feel that the brand is demystifying video creation. That’s what makes this one of the best SaaS website examples when it comes to user-focused content. It’s SaaS content marketing done right!

Influencer marketing is not uncommon for companies with a tangible product. But examples of SaaS companies that use this tactic successfully are hard to come by.

Canva is a saas website example that people across many industries know and love. The graphic design platform attracts both companies and individuals who enjoy the easy to use system. That’s why it made our list of 21 Helpful Content Writing Tools for SEO.

One of Canva’s many fans is Guy Kawasaki, the former marketing head at Apple, who popularized the idea of evangelism marketing.

Canva founder Melanie Perkins reached out to Guy after noticing that his social media graphics were designed using the platform. Canva brought Guy on as “ Chief Evangelist” to leverage his prominence and reach. This SaaS marketing strategy works for a number of reasons. Since Guy was an early adopter of Canva, his joining the team and talking about the service comes across as authentic.

Followers of Guy see Canva graphics on his Instagram page as well as his popular blog. While landing such an influential titan is not within reach for every business, there are core lessons to take away from this campaign.

Pursuing an unconventional strategy and looking to current customers as sources of untapped marketing potential are lessons that every SaaS marketing team can learn from.

Need a SaaS marketing strategy to propel your growth?

Learning about examples of SaaS companies and their marketing tactics is a great way to get the creative juices flowing. But your company differs from each of these in a number of ways from size to target audience to end goals.

At Markitors, we know that there is no one size fits all plan for SaaS marketing. That’s why our skilled team creates custom strategies for small to medium-sized SaaS firms. We have helped multiple companies in the SaaS space grow their userbase through SEO and rank for terms that connect them to new customers.

For details on SaaS SEO service offerings and how we can help your company, schedule a consultation. How to Use Plastic Surgeon Directories for Local SEO