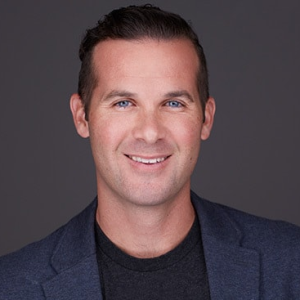 Everyone makes mistakes. Some are bigger than others – and some are certainly more visible.

On social media, ideas, products, and thoughts are more visible than ever – especially those from popular companies and organizations. And some companies just haven’t quite mastered the art of sending the perfect 140-character tweet. That can lead to some pretty epic social media fails by big, worldwide brands.

Here are some of the most head-shaking social media mistakes made by big companies.

What happened? The NRA posted a pro-gun tweet, which isn’t out of character for the group. But, timing is everything. It just so happened that the NRA posted that tweet the same day as the Aurora shootings in Colorado.

What we learned: You really cannot underestimate timing. While the tweet was clearly a coincidence (it was sent a few hours before the shooting) the NRA should have kept a better eye on its posts – especially if they are scheduled out.

What happened? Unlike the NRA, which sent their tweet prior to the tragedy, CelebBoutique sent this tweet after the fact:

What we learned: Check. The. Hashtags. Celeb Boutique didn’t click on the actual hashtag to see why it was trending in the first place – a very public and embarrassing mistake.

What happened: Just about everyone has an opinion on President Obama’s healthcare reform – but some people should stay out of it. Like Kitchen Aid. A member of its team sent this tweet (likely intended for a personal Twitter account) back in September:

What we learned: Be sensitive. Not everyone agrees with the President’s ideas, but you can bet that most people care about showing sensitivity in matters like a death in the family. And, just to be safe, avoid politics.

What happened? Retailer Kenneth Cole thought that the uprisings taking place in Cairo would
be a good time to send this tweet:

What we learned: Don’t use political unrest to plug your spring collection.

What happened: A lot of big companies schedule out tweets and posts to make their social media presence easier to manage. But, that can make you look pretty foolish, as American Airlines found out when they automatically replied positively to negative tweets:

What we learned: Just because scheduling out posts is time-efficient, doesn’t mean it’s always efficient in bulking up your reputation. American Airlines made itself look incompetent and uncaring.

What happened: One of the biggest adjustments that huge companies had to make on social media? Being accessible at all hours of the day. British Airways apparently doesn’t stick to 24/7 customer service, even though its customers are online 24/7. When a passenger unsuccessfully asked for help in tracking down a lost bag, he voiced his displeasure with a paid promoted tweet that was seen by 76,000 people.

What we learned: Your Twitter feed has to be monitored 24/7 – especially if you’re in a business (like an airline) where people are constantly impacted by your company.

What happened: Using hashtags to promote a product = good idea. Using a vague hashtag that then gets spun negatively = what happened to McDonald’s. Last year, McDonald’s promoted the hashtag #McDStories in the hopes that customers would share positive, happy stories about their Mickey D’s experience. What they got was a bunch of tweets like this:

What we learned: If you’re going to use a promotional hashtag, make sure it’s one specific enough to get the desired result.

What happened: Home Depot, a sponsor of ESPN’s College GameDay, ended up firing the employee who sent posted this tweet:

What we learned: Racism, even when used in humor, is never going to with followers. What do most of these blunders have in common? Twitter. It’s a type first, think later medium, and that can lead to problems. You can always delete a tweet – but once it’s posted, retweeted or shared, it’s out there forever.

Here are a few closing tips to keep in mind:

1. Think before you tweet. Don’t use a natural disaster or a controversial news story to promote your company. Epicurious used the Boston Bombings as a platform to promote its scones. It had to spend a lot of time apologizing afterward, understandably so.

2. Respond in a timely way. This is especially important for companies that need to operate 24/7, like telcos Comcast and Verizon and airlines. Replying to customers when they have an immediate problem goes a long way in showing you care.

3. Keep it light if you want to keep it timely. Brands like Tide, Volkswagen and Jim Beam used the Super Bowl blackout to cleverly and light-heartedly promote their products. Nothing controversial – just clever, timely and fun tweets.
What social media fails have you seen on Twitter?

Michelle Smith is a freelance writer with a focus on social media and marketing. She can be found typing away on her laptop in sunny Boca Raton, Florida. Michelle welcomes your feedback at [email protected] Instagram Layout Ideas That You Haven’t Seen a Million Times